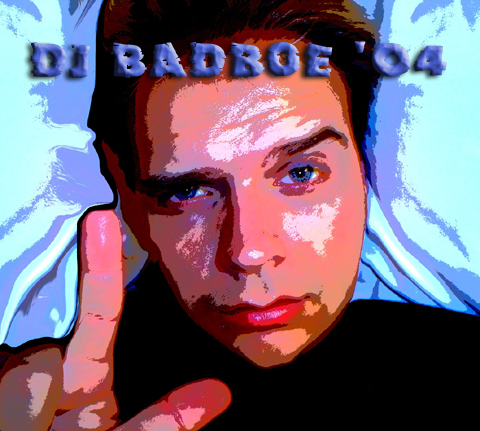 I'm a truecore musichead born in 1980 in Denmark . I live in the northern part of Denmark in a city called Hjřrring, where I work in a software company. Up here the weather always suxx, which gives me a good excuse to sit in my music lab throwing pumpin' beats at my 18" bass sound system all day long. I listen to a lot of music - especially in the electronic music scene I like to know what’s going on - even if I don’t like it all I still want to be open and get inspired by it. My primary music inspirations come from the oldskool funk productions from the late 60s and the 70s. Like many other breakbeat artists, this musical legacy is where I would dig in to bring new life by cutting and mixing the pieces into new danceable songs. My specialty has become sophisticated mixing of old funk samples with 80s rap vocals and hooks. My best songs in this style are Breakbeat Forever (Licensed to Juice Recordings) and Stax of Trax – and my newest Breakin’ Down With Motown.

I started out making music in ‘96 - doing mainly euro hardcore techno. I soon found out my real passion and fascination was for breaks and bigbeats. I tried out just about everything in the electronic music genre from - house, trance, club, happy hardcore to drum&bass, triphop and breakbeat. I came to the conclusion that funky breakbeat is what I do best. So now I pretty much combined it all into one with an emphasis on breaks, which is what I call the BadboE-style.

I mainly produce the music with software but I bought myself a MicroKorg and an old sampler a while ago to help spice up things! I started out with the sound-tracking technology back in the Amiga-days (92-95) and pretty much stayed with it. When it started getting serious I was using the DOS-program Fast Tracker II and today I’m using the Renoise tracker, which I’m pretty satisfied with. I guess I will stay with that until I can replace it all with hardware one day…

The last couple of years I have been working hard on building this community for the breakbeat music genre. I wanted to make a place for people to get samples and guidance when starting out their music career. The site has grown a lot these last years and the numbers of visitors are raising everyday! With the ability for musicians to get their music heard, rated and reviewed as well as competing in contests and get samples has made the site a personal favorite to many breaksers around the world.

In the upcoming years I want to focus on getting my music out there. I have released a few vinyl records but next step will be to release an album. My music are going in 2 directions – the first is making funky breaks and trippy lounge breaks without using uncleared samples (material to release commercially) and the other is for the scene mixing and breaking with the oldskool funk tunes. Lots of things are in the making – finishing up an album with the Danish electrofunk musician Wiccatron – making music for a cartoon and computer-game company in California – releasing a breakbeat lounge vinyl on a Danish label early next year. Most importantly I wanna be making sure the breakbeat scene stays alive and kicking…